Harold Speed (1872-1957) was an English painter in oil and watercolour of portraits, figures and historical subjects. Born in London, the son of Edward Speed, an architect, he studied architecture at the Royal College of Art, but soon took up painting. He continued his studies at the Royal Academy Schools between 1891 and 1896, winning a gold medal and a travelling scholarship in 1893. In 1896 he was elected as a member of the Royal Society of Portrait Painters. He exhibited at the Royal Academy from 1893 and held his first one-man exhibition in 1907 at the Leicester Galleries. In 1930 he provided paintings for the new chapel of Wesley House, Cambridge. Speed lived in Watlington, Oxfordshire and London, where he died on 20 March 1957. Because of their intelligent combination of useful advice and sensitive reflection on the nature and meaning of artistic practice, Harold Speed's instructional manuals on drawing and painting have long been considered valuable resources for artists. There are editions of his manual "The Practice and Science of Drawing" (1913) in the public domain. 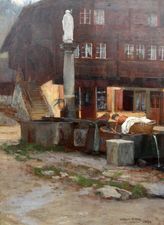 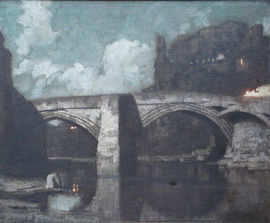