Penelope Mary Ellis (1935-2016) was the elder and last surviving daughter of Clifford and Rosemary Ellis. Clifford and Rosemary were artists and teachers. Clifford was appointed Assistant Master at the Bath School of Art in 1936 and Headmaster in 1938. After the war, the original premises having been bombed, the School relocated to Corsham Court and changed status to an Academy, incorporating teachers' training. Clifford was Principal of the Academy from 1946 until his retirement in 1972. Rosemary served as a member of the teaching staff. Many distinguished artists taught regularly at Corsham, including William Scott, Kenneth Armitage, Gillian Ayres and Howard Hodgkin. The curriculum was broad including textile design, sculpture, pottery, weaving and fabric printing as well as drawing and painting. Clifford and Rosemary also collaborated from the 1930s onwards in poster designs for London Transport, Shell and others and, from 1944 until Clifford's death in 1985, they designed the memorable covers for the New Naturalist series published by William Collins.
Penelope was born in 1935 in Hampstead, London shortly before her parents moved to Bath. She had clear memories of wartime Bath, of fires and bombs and blackouts. She attended the High School in Bath and after the family moved to Corsham Court in 1946 she continued to travel daily to Bath to attend school. Her sister Charlotte was born in 1946. She studied at the Slade School of Fine Art, 1953-56, and was awarded a British Institute in Paris Scholarship, 1956-57, to continue her studies in art in Paris. On returning to England, she started working at Badminton School where she taught art until she retired in 1997. Planning for their retirement, Clifford and Rosemary purchased The Old Vicarage in Urchfont and Penelope lived there with them, initially in the Annex and, after their deaths, in the main house. Rosemary and Penelope shared a common interest in photography and provided a lot of material on a wide range of topics for use in schools. They were also retained by The Henry Moore Foundation to produce photographs for a book recording the production of the Henry Moore Tapestries at West Dean College. In addition to sculpture, Penelope made ceramics, jewelry, and models of all sizes to professional standards. Penelope died on 10th January 2016. 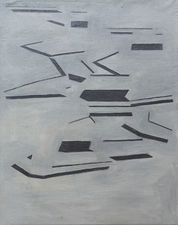 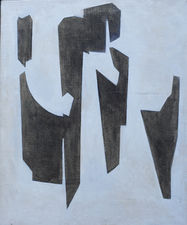 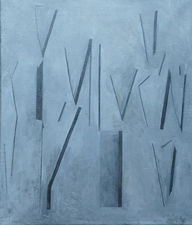 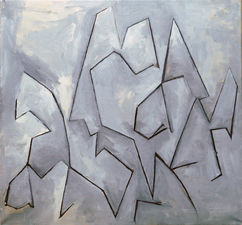 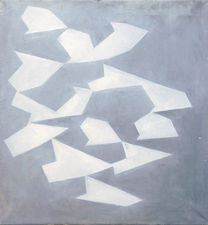 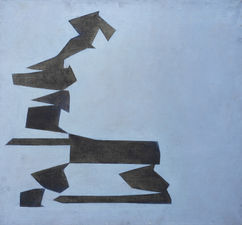 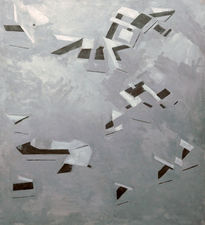