Avis Newman (b. 1946) - is an artist, curator and lecturer. She is a Professor at Wimbledon School of Art and Lecturer at the Rijks Academy, Amsterdam. Avis Newman's drawings and large un-stretched canvases document her contemplative and intuitive investigation of the subconscious. Throughout her career she has worked with a range of media, although since the early 1980s has been primarily associated with large-scale, minimalist drawings on un-stretched canvas - usually pinned directly to the gallery walls for display. Central to Newman’s own practice as an artist is the notion of drawing as the silent act of marking, gesturing and making signs. She describes drawing as the activity that is closest to pure thought. She first exhibited at Matt’s Gallery in 1982 with Scenes and currently sits on the gallery’s committee of management. Recent solo exhibitions include Lisson Gallery, London 1998; The Drawing Centre, New York, 2002 and Avis Newman: Descriptions at Museum of Contemporary Art, Sydney, 2003. Group exhibitions include Paula Rego, John Murphy, Avis Newman, Saatchi Gallery, London in 1994 La casa, il corpo, il Cuore at The National Gallery in Prague, Czech Republic in 1999 and selected works from the drawing collection of the Tate Gallery, 2003. Her work is held in the Tate Collection, London; The Irish Museum of Modern Art, Dublin and Berardo Museum - Collection of Modern and Contemporary Art, Lisbon. Avis Newman is represented by the Lisson Gallery, London. 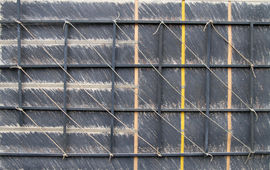