Alfred Quesnay de Beaurepaire (1830-1898)  was a novelist, French painter and draftsman. His father, Jean-Marie Quesnay, a descendant of the economist François Quesnay, lawyer, judge in Saumur, was permitted to add his name to Beaurepaire in 1859.

Alfred Quesnay de Beaurepaire is the older brother of Jules Quesnay de Beaurepaire, the magistrate who overwhelmed Alfred Dreyfus and fell into a delirious conspiracy. Signing A. Beaurepaire, he exhibited his paintings at the Salon in 1874 and is known for his military works but also scenes of horse racing. He was drawing master at the Ecole Polytechnique in 1891. He illustrated many books, some signed Beaurepaire, including the famous The Fur Country by Jules Verne (1873) with Jules Férat, mostly written and produced on behalf of the Librairie Firmin-Didot. 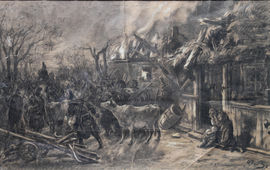 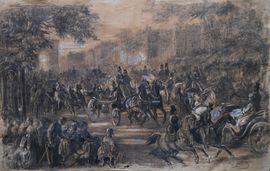 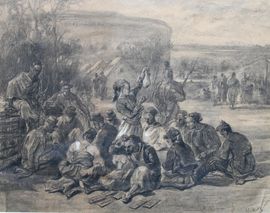